How do I check how much CPU usage IRIS Clarity is taking up on my machine?

On Windows, it’s pretty straightforward, but on Mac it’s actually quite confusing. In fact, some of the stats listed don’t really make sense, so we’ve laid it all out for you below. 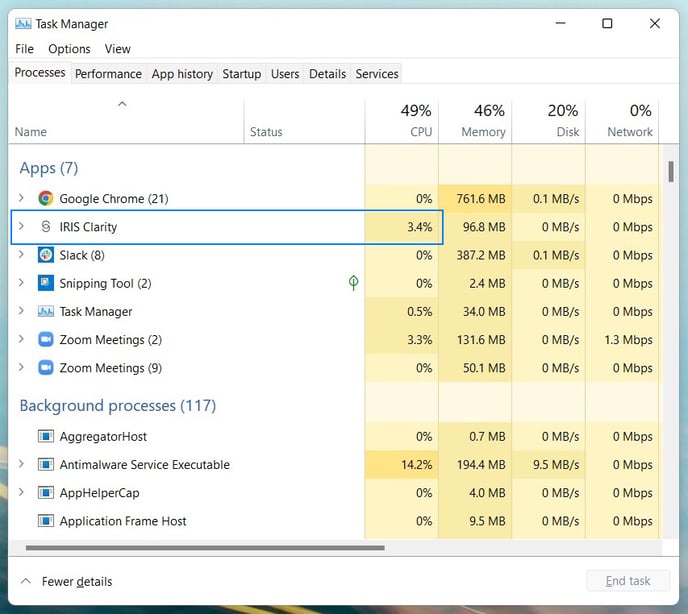 Make sure you select the CPU tab on the top (it’s the left-most tab), and search for Clarity in the search box.

At the bottom left, you’ll notice a box with a few percentages. The user stat is the one you want to look at, as it indicates the total CPU usage by all the apps opened by the user, including IRIS Clarity.

On the Clarity row, you’ll find the % CPU number in the second column. It is this number that is misleading, since the individual app usage seems to be higher than the total usage. Confusing, right?

To find out how many cores you have on your computer, type Command+2 from your Activity Monitor. This will open a window with your total number of cores.

To calculate the actual CPU usage: